“World meat production has quadrupled in 50 years … The profligacy of livestock farming is astonishing. Already, 36% of the calories grown in the form of grain and pulses – and 53% of the protein – are used to feed farm animals. Two-thirds of this food is lost in conversion from plant to animal… [O]n average, you need 0.01m2 of land to produce a gram of protein from beans or peas, but 1m2 to produce it from beef cattle or sheep: a difference of 100-fold.

It’s true that much of the grazing land occupied by cattle and sheep cannot be used to grow crops. But it would otherwise have sustained wildlife and ecosystems. Instead, marshes are drained, trees are felled and their seedlings grazed out, predators are exterminated, wild herbivores fenced out and other lifeforms gradually erased as grazing systems intensify. Astonishing places – such as the rainforests of Madagascar and Brazil – are laid waste to make room for yet more cattle…

From a baseline of 2010, the UN expects meat consumption to rise by 70% by 2030 (this is three times the rate of human population growth). Partly as a result, the global demand for crops could double (from the 2005 baseline) by 2050. The land required to grow them does not exist…

There are no easy answers, but the crucial change is a shift from an animal to a plant-based diet. All else being equal, stopping both meat production and the use of farmland to grow biofuels could provide enough calories for another 4 billion people and double the protein available for human consumption. Artificial meat will help: one paper suggests it reduces water use by at least 82% and land use by 99%.

The next Green Revolution will not be like the last one. It will rely not on flogging the land to death, but on reconsidering how we use it and why. Can we do this, or do we – the richer people now consuming the living planet – find mass death easier to contemplate than changing our diet?”

“When wolves were reintroduced to Yellowstone National Park in the United States after being absent nearly 70 years, the most remarkable “trophic cascade” occurred. What is a trophic cascade and how exactly do wolves change rivers? George Monbiot explains…”

“There is something sinister taking place: a giant reeducation campaign aimed at turning boys and young men into total pussies.

Not only are we under chemical assault from plastic products and foods that lower testosterone, we’re mass unwitting participants in a huge social engineering experiment based around vilifying masculinity and demoralizing men, and the #MeToo Movement has been co-opted to serve that agenda.

What kind of warped scheme needs to dilute or destroy masculinity and traditional gender roles to succeed? One that seeks to completely annihilate the fundamental structure of western society so the annihilators can completely remake it in their own image.

This is about the pursuit of raw power. This is Marxism re-branded. Identity politics. The very ideology that belittles and denigrates men, particularly white men, is just a new form of an old Marxist trick; Divide and Conquer…

These postmodernists are so pathological, so deranged, they have convinced themselves that fundamental biological science is a grand conspiracy invented by the patriarchy, and now they’re going to convince everyone else by law, by force, by silencing dissent, and by mass indoctrination. They are literally rebelling against reality. They’ve declared war on logic…

We need to reject the collectivist tyranny that because some men do evil things, all men need to bear the burden of evil.” ~Paul Joseph Watson 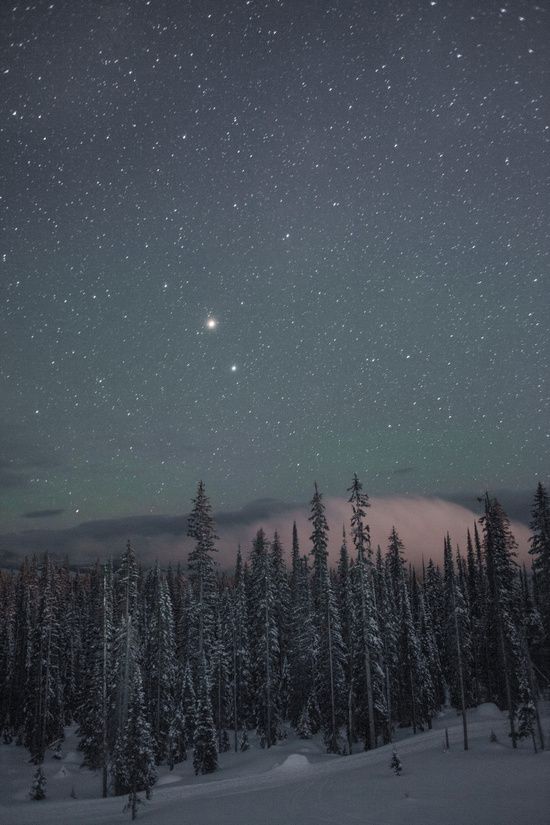 “The mainstream mentality is obviously a breeding ground of propaganda, deceit and outright violence, which reflects why droves of sheep are jumping the fences and exploring the self-uncharted lands of independent thought and practice. This is no surprise when the masses have been very successfully dumbed into a philosophically separate and behaviourally shallow engagement with the reverence of life. They distractingly fight amongst each other in both status and ideology, with the most powerful one currently being the sex (not gender) wars. However, the infighting and grandstanding is not just limited to the primary herd; unfortunately those who are exploring the wilderness are also subjecting themselves to the whims of central control.

What was originally a predominately organic response to authoritarianism and centralisation has sadly devolved into a self-contradictory state of affairs where the alternative media and their regurgitators have locked themselves into a dogmatic war for the dominion of who is right. That’s not to say that we shouldn’t be trying to find the answers to significant questions, but when hearsay and confirmation bias is at such unprecedented levels it’s a clear indication that we need to enact a different strategy…

The simple solution is for each of us to acknowledge that we’re definitely wrong about some of our suspicions, so it’s important to change our language to honour that understanding and transmute it into wisdom. As a basic example, instead of, “this is right and anyone who believes differently is fooling themselves (and an x, y and z!)” – with a simple twist to, “based on my research this appears to be right” – we now have a more inclusive and intelligent dialectic and platform for debate.

It’s seems so simple doesn’t it? Well, that’s because it is…

You know you don’t know all the answers, as does your so-called competitor, so let’s start acting like it. Some of your material and metaphysical speculations might be right, but many probably aren’t. Even if what you believe turns out to be mostly correct, if you spent the majority of your time lost in the competition of which sheep thinks they know the shepherd best, then you have wasted a grand opportunity to actually become wild.” 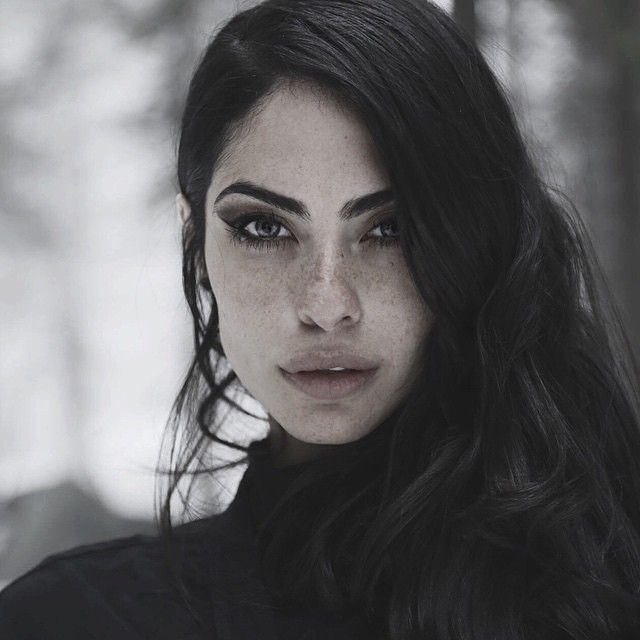 “True Beauty… it is a thing of the soul – of fire and air, breath and spirit, something
brave and unafraid.“

“This first New Moon of the year in Capricorn is fertile ground for honoring, tracking and refining your intentions to move along a new path.

New Moons are times to plant a seed and cultivate its growth.  With Sun, Moon, Venus, Pluto, Mercury, and Saturn all in earthy, active Capricorn and no planets retrograde in this chart, you are on a launch pad and in the hands of a master creator in the middle world/material plane…

You are also planting your intention seeds for the two and a half year journey of Saturn through Capricorn. Saturn in its own sign is like Saturn squared. Imagine you haven’t seen this revered master in nearly 30 years at this place in your chart.  He has returned.

When you are finished with your initiation and training by Saturn in the next several years, what do you want to have accomplished?

Those that know the answer to this question way down in their bones will come out the other side in December 2020 with a grin on their faces, the new found strength of focused application of the will and the heart, and the rewards of methodical building in the material world.  One of our major purposes now is learning to bring our spiritual legacy down into our physical, daily, middle world lives.  We’ve been to the underworld and know our shadow areas; we’ve been to the upper worlds and touched into Spirit, now our task is to bring that powerful knowledge into fruition in the physical world.”

“[T]his lunation generates a focused, sobering vibe…  A new Moon in Capricorn is a critical starting point for the execution of projects, tasks, or plans which require enormous amounts of hard work, commitment, and dedication. With such emphasis currently in Capricorn, this New Moon supports sustained effort and discipline channeled toward the accomplishment of long-range goals and objectives.” 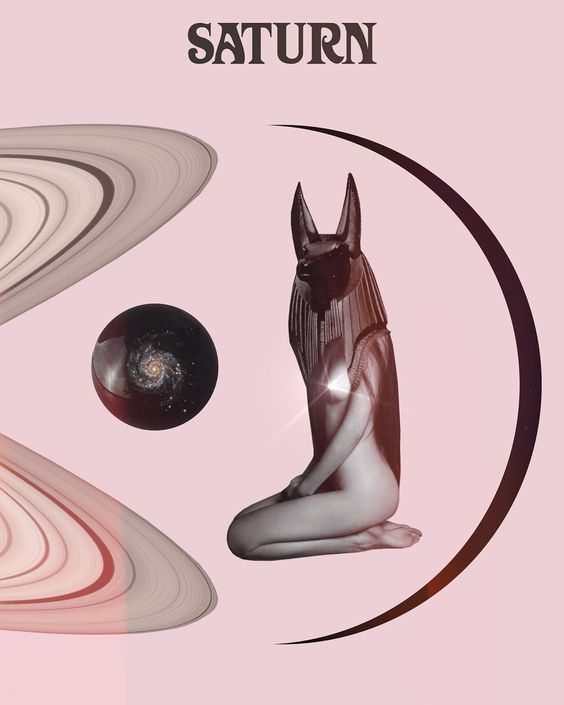 “As we swing into the New Year, many are going to be feeling more than a little impatient that the perpetrators of the toxic air-born emissions which create engineered clouds over vast areas of our skies, still remain largely anonymous.

Anonymous by name, but no doubt to be found within the ranks of military industrial proponents and psychopathic secret society hegemons: those who hide behind the 1991 Hughes Aircraft atmospheric aerosol patent. The patent that formalized an engineering technique which alters the climate and sickens the planetary population with its debilitating fall-out.

There is a red line test that almost instantly reveals people’s awareness about these, and related, military activities. Just put the question “What do you think about 9/11? And how do you feel about chemtrails?” You might be surprised to find that those who you consider reasonably intelligent and quite thoughtful individuals, appear to be neither when asked to think about these two actualities.

This response to the first question would be quite typical, “It’s obvious, 9/11 was an al-Qaeda mission led by bin Laden. There’s nothing suspicious about it.” And on chemtrails, “They don’t exist.” …

What one runs into when confronted with such an unquestioning response, creates a genuine human dilemma. Where can one turn if fellow human beings are unwilling to examine, in any detail, incriminating evidence that stands behind such crime’s against humanity?

Atmospheric aerosol geoengineering (chemtrails) is one of the most crudely in-your-face debasements of civil justice and environmental and human health, ever to have been enacted upon mankind – outside of outright war.

Even if one thought it might be happening as some form of defense against ‘global warming’, one could hardly fail to realize that nobody ever asked if you, or anyone else for that matter, were in agreement for such an experiment to be undertaken in the sky above your home, and from one end to the other of your country of residence…

There has to be a vast network of internationally interconnected fueling bases involved in order for an operation of this magnitude to be realizable. Only a highly sophisticated and globally managed operation could mastermind chemtrail activity on this scale.

It is highly probable, that standing behind this operation, is the same psychopathic secretive cabal that is behind all such manipulative global missions – behind all attempts to take control of the planet and exert ‘full spectrum dominance’ over humanity as a whole.”